Eric represents primarily direct marketers and other businesses in compliance and litigation matters.  Eric has advised hundreds of business clients regarding call center and marketing compliance.  In court, Eric has aggressively represented both individuals and businesses in a variety of complex litigation matters. This includes acting as lead defense counsel in significant federal class action cases in a variety of states.

Eric earned his law degree in 2010 from the University of Nevada Las Vegas, William S. Boyd School of Law after obtaining degrees in philosophy and sociology at Brigham Young University.  Prior to law school, Eric spent four years working as a paralegal at a respected Utah law firm.  While in law school, Eric worked for the General Counsel at one of the nation's largest timeshare resort brands, where he focused on national marketing compliance.  Eric also helped manage legal compliance for a large Nevada call center being operated in a highly regulated industry.  Having worked for both in-house counsel and private law firms, and having run several companies of his own, Eric offers his clients advice based on broad experience in law and in business.

Eric is only admitted in the State and Federal Courts of the State of Utah, but is also regularly admitted pro hac vice to defend cases in the federal courts of other states.

Kaveh has a practice in both transactional and litigation matters, having assisted numerous business clients in complicated transactions, and having helped defend many brands in court.  This includes work on a variety of TCPA class action lawsuits and related FCC compliance matters.  Kaveh is a 2016 graduate of the Utah S.J. Quinney College of Law.  Prior to law school and joining Allen Legal, Kaveh attended the University of Arizona.  Later, he moved to Orange County, California and began working for in sales at a large corporation.  During law school, he interned with Judge Bill Kephart in Las Vegas, Nevada.  Kaveh also clerked for two private firms during law school, including here at Allen Legal.  Kaveh is a native of Salt Lake City, is fluent in Farsi, and is very excited for a long career in the law.  Kaveh is admitted to practice law in all courts in the State of California, and the United States District Court, Central District of California.  Kaveh's California practice focuses on employment law defense in federal court 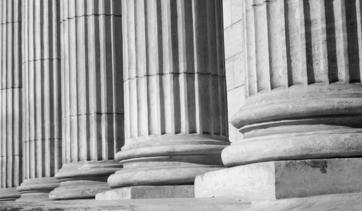 Paralegal and Director of Licensing

Chris heads the firm's telemarketer licensing group, having handled hundreds of telephone solicitor filings around the country for brands in many industries.  Chris is also very valuable to the firm's litigation and regulatory support staff.  He is a graduate of the ABA approved Paralegal Studies program at Salt Lake Community College. He is a member of the nationally recognized NALA paralegal association.

A 2010 graduate of the William S. Boyd School of Law at the University of Nevada, Las Vegas, Kareema has worked at several well-respected law firms, including a large, regional firm. She comes to Allen, Mitchell & Allen from a boutique litigation firm, where she was the lead trial attorney on numerous cases. Prior to beginning her career in the legal field, Kareema was an educator in Clark County, Nevada, and an admissions counselor at a prestigious university. Kareema earned her undergraduate degree from the College of William and Mary, where she studied International Relations. She has traveled extensively throughout Mexico, the Caribbean, South Africa and Turkey, and looks forward to adding more travel visas to her passport. Although she has lived in several states.

Kareema practices in general civil and commercial litigation, as well as in a variety of complex compliance and immigration matters.  Kareema is admitted to practice in the State of Utah, and in the U.S. District Court for the District of Utah.

Scott is an experienced compliance attorney and litigator, and one of the nation's few experts on call center licensing and telemarketer bonding.  Scott earned his law degree in 2012 from Vermont Law School where he graduated cum laude and was awarded an additional certificate in International and Comparative Law.  During law school, Scott chose to focus his studies on international and environmental law, and on law firm technology issues.  Scott also studied law abroad at the American University in Cairo, Egypt, and interned at the Wits Law Clinic in Johannesburg, South Africa.  Scott is well-traveled throughout Egypt, South Africa, Brazil, New Zealand, Australia and Costa Rica, and is proficient in Portuguese.

Scott's work focuses on call center compliance, the TCPA, telemarketer licensing and bonding, international legal compliance and complex commercial litigation. Scott is head of the firm's licensing and bonding team. Scott is admitted to practice in the State of Utah, and in the U.S. District Court for the District of Utah. Scott has also been admitted temporarily in other states to represent parties in complex matters requiring specialty counsel. Update: Scott passed away from leukemia in 2016. His name will continue to be a part of the firm's well known and nationally respected name and branding.

Matt is an experienced compliance and litigation attorney.  He is a graduate of the Benjamin N. Cardozo School of Law in New York City.  He also obtained a BA from Brigham Young University in Political Science, as well as a MA from Yeshiva University.  Prior to entering private practice, Matt worked as General Counsel for a 100-million dollar home security and home automation company.  As General Counsel, he gained extensive experience in compliance, litigation, wage-and-hour, employment and corporate law generally.  Matt now practices extensively in telemarketing law, including on both the compliance/mitigation and litigation sides.  He is well-versed in Telephone Consumer Protection Act (TCPA) and Telemarketing Sales Rule (TSR) defense and resolution. He has handled numerous negotiations with private TCPA plaintiffs, attorneys, state regulators and the Federal Trade Commission.

Prior to becoming an attorney, Matt worked for ten years in the home protection industry for some of the largest brands in that space.  Matt has extensive knowledge and understanding of the alarm industry, having worked in compliance, sales, installations, marketing, support, and licensing departments.  He currently oversees the firm's alarm compliance and licensing practice area.  Matt is admitted in the Minnesota State courts only, but is regularly admitted in other states to defend TCPA cases pro hac vice.

Comprehensive legal support you and your company can trust.

Our attorneys and support staff come from various business and legal backgrounds. We understand both the intricacies of the law as well as the practical concerns that business face. Our purpose is to help our clients balance legal compliance with their underlying business goals.

Our attorneys and staff are part of litigation, compliance and licensing teams to better suit your needs.  For example, a client who is opening a call center will need vastly different assistance than an existing call center who is being sued in a TCPA class action lawsuit.

We serve a wide range of clientele, and every client relationship is valued greatly and treated with dignity and respect. Each engagement benefits from the depth and breadth of our expertise.